Skip to content
What is the feature and advantage of hotel down comforter?

What is the feature and advantage of hotel down comforter?

Duvet stuffing is mainly down, down is the abdomen of geese and ducks, aloe vera is called feathers. Since down is an animal protein fiber, it has higher heat insulation than cotton (vegetable cellulose), and the downhole spherical fibers are densely covered with thousands of triangular pores, which respond to changes in temperature. It expands and contracts. And it creates a temperature control function. It absorbs the warm air flowing from the human body and shuts off the cool air from the outside air.

1. The duvet has high heat retention, high elasticity, bulkiness and lightness. soft. Soft function. The portability and bulkiness after 50% fluff test are equivalent to 2.8 times that of cotton and 2.2 times that of wool. The same size natural duvet weighs about 1/3 the weight of a quilt and about 1/2 the weight of a wool quilt, so it’s not only gentle and warm, it feels good to the touch.

2. The duvet is breathable, dry, has excellent moisture absorption and sweating properties, does not collapse, and has excellent moisture absorption properties unlike other warm materials. It’s called a “breathing quilt.” Because the feathers themselves have a triangular skeletal structure, the feathers themselves have a triangular skeletal structure, so the feathers are the most expensive in the quilt family, and the duvets are arguably warmer, so the gas reserves are relatively high. Many, the temperature is also very high and you can keep your body quilted. Impact. That is, the duvet can be used in a normal room. No need to use at low temperature. It can be used in spring, autumn and winter.

3. The duvet is durable and has a certain effect on beauty. The duvet is knotless, deformed and extremely durable. Usually, duvets can be used for more than 30 years. During normal use, avoid exposure to direct sunlight and place in a well-ventilated area, as long as you are careful not to get caught in sharp objects, do not degrade performance. It also stabilizes the central nervous system and immediately enters a sweet dream, so it has a certain effect on beauty. Another reason is that “natural duvets are exported to beauty.”

1. Gentle and warm: There is no natural warmth in the world beyond the warmth of down. The fluffy duvet is not only soft and warm, but also soft to the touch!

2. Hygroscopic and wicking: Duvet is breathable, dry, and wicking and moisture wicking not found in other insulation materials. It’s called a “breathing quilt.” The central nervous system is stable and soon enters a sweet dream, so it has a certain effect on beauty. Therefore, “the duvet is beautiful under beauty.”

3. When the human body is sleeping, about 170cc of water is drained every night. Usually, after a short use, too much water will accumulate. Creating a hotbed for the growth of pathogens is easy. May cause discomfort to the skin and trachea. With thousands of breathable triangular holes and a surface layer containing waterproof grease, the grease will automatically contract or expand when the ambient temperature and humidity change. It quickly absorbs sweat and moisture from your body and disperses quickly, keeping your quilt clean and dry for long-term use. It can also prevent the onset of rheumatism. 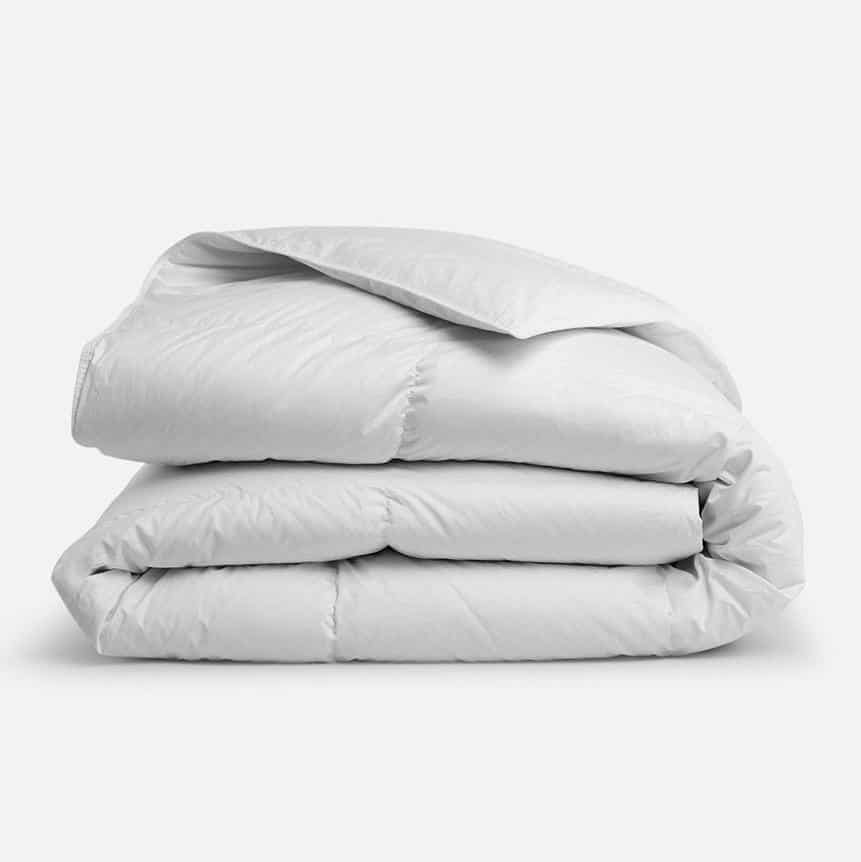